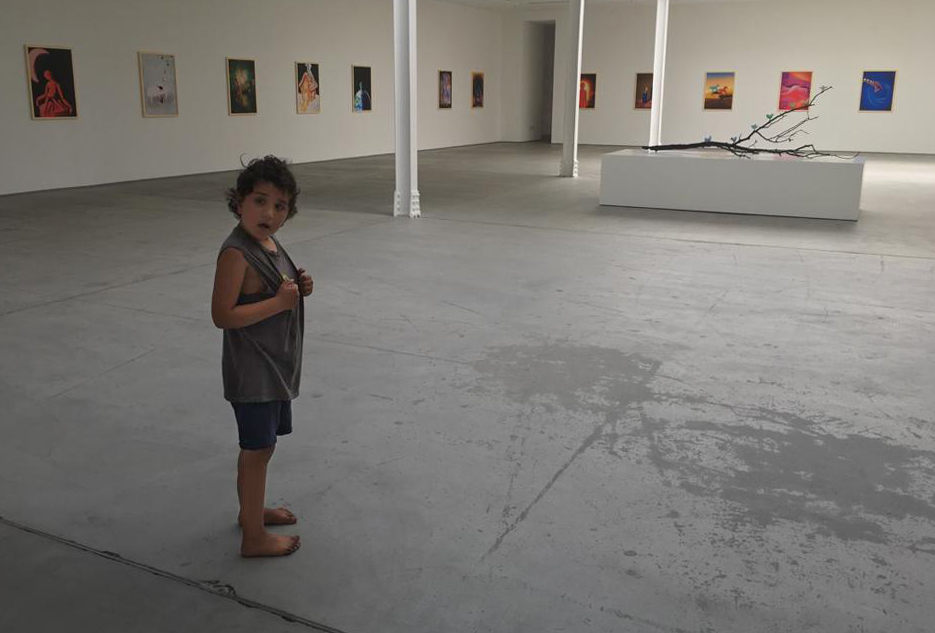 An Open Letter to Museums and Galleries on Inclusion

Almost a decade ago, I stood in front of Salvator Mundi at the National Gallery for about two minutes. In the dimly lit, small room, I started to feel that lump in my throat, that quivering around my mouth, that collaboration between soul and synapses which means the landscape that is my visage would soon be irrigated. I am not a religious person, nor am I an Old Masters aficionada. Don’t get me wrong; I’m enthralled by Holbein and Rembrandt paintings, but more so by modern and contemporary artworks. This visceral reaction was unexpected.

Unforeseen reactions to visual art are a less considered component of art history. And perhaps of biology also. There is minimal evidence that the same cerebral areas activated during exposure to art are also involved in emotional responses. While tears seem to be the most common response – visitors to the Rothko Chapel or the Seagram Murals have been known to take out handkerchiefs and tissues – there are other, more physical responses. A woman viewing Salvator Mundi after I did knelt on the floor, hands clasped, as if to pray to the painting. In 1995, a fellow visitor observing Hirst’s Mother and Child Divided at the then-Tate Gallery hit his cane on the floor several times, shouting, “Appalling, appalling.” In 2018, a visitor to the Uffizi Gallery suffered a heart attack while admiring Botticelli’s The Birth of Venus . And of course, there is Stendhal, who was overcome with “…a sort of ecstasy … Absorbed in the contemplation of sublime beauty … I reached the point where one encounters celestial sensations … Everything spoke so vividly to my soul … I had palpitations of the heart … Life was drained from me. I walked with the fear of falling,” after viewing Sibyls of Volterrano in the church of Santa Croce. I experienced a mild form of Stendhal Syndrome – a psychosomatic condition comprising heart palpitations, fainting, confusion and hallucinations while viewing art – when in front of Twombly’s Leda and the Swan . My heart skipped beats, I became flushed, and I stepped back from the canvas hoping the distance between us might halt the symptoms before I collapsed. 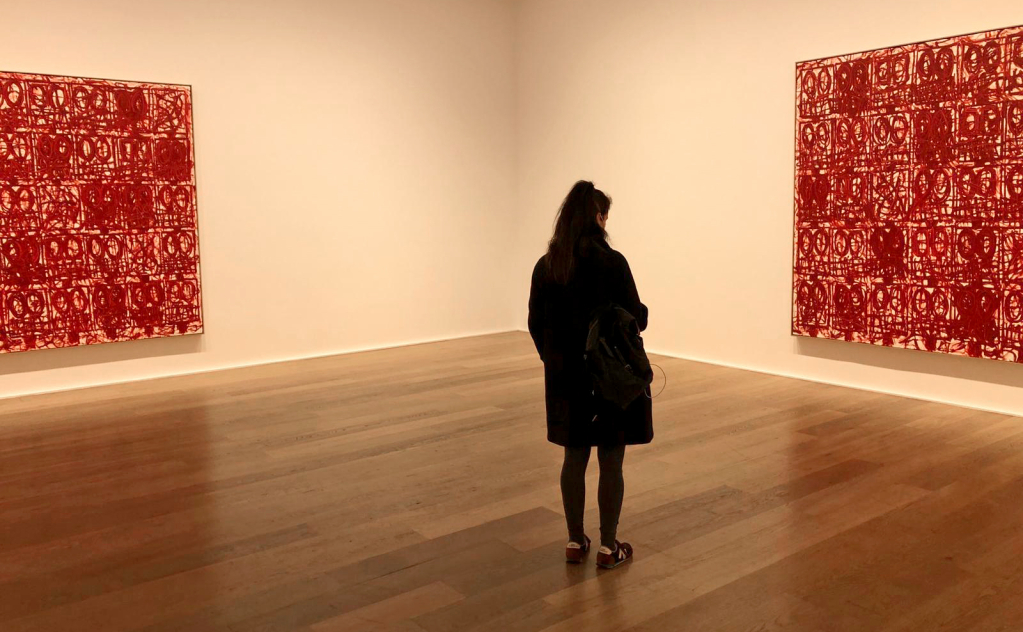 While I would be happy to forego any heart attacks and hallucinations, I think we should revel in the sincerity, the spontaneity – both emotional and physiological – of the distinct reactions visual art elicits. A prominent figure during the Enlightenment, philosopher and art critic Denis Diderot urged painters to “move me, astonish me, unnerve me, make me tremble, weep, shudder, rage…”. Yes, Diderot. Painters, photographers, sculptors, film, video, performance, and installation artists, bequeath to me your shrieks, your moans, your silence, your light and darkness, your madness and bliss, your hedonism and agony that can only be depicted with a line or form, value or space, echos or clatters, proportion or perspective. Knock me out and make me see stars for a moment. Feed me your beautiful creatures full of stories, adventures, of the perceptible and concrete, the obscure and intangible. Give me something that begs, that wants more and more and more of me, that dissolves bias and makes me ask those questions, makes me empathetic to sexism, racism, classism, ageism, sexual prejudice, makes me grateful for the here and now, the then, makes me exult in the wherefore, the thou, the thee.

This is art’s capability. This is the extraordinary gift from artists. Wrote Rothko: “I’m interested only in expressing basic human emotions, and the fact that lots of people break down and cry when confronted with my pictures shows that I communicate those basic human emotions. The people who weep before my pictures are having the same religious experience I had when I painted them.”

I respect that there is a balancing act between fulfilling a cultural institution’s purpose of making it accessible to the public while allowing for atypical viewing styles and unanticipated reactions, and protecting the art, but aiming to do the latter should not prevent the former.

Pre-pandemic, I took my eight-year-old autistic son Lumen to countless exhibitions, seeking those which incorporated elements and principles I know he favours: light, movement, symmetry, pattern, colour, repetition. Heartbreakingly, there were too many occasions when invigilators seemed to make up their mind upon seeing Lumen – wearing ear defenders, barefoot, often flapping, jumping, and making sounds – that he might be a nuisance and deciding to shadow us. With behaviour unlike other visitors to which they were accustomed, I assume they thought they might have to intervene at any given second.

Is such overzealous monitoring of artgoer behaviour necessary and how exactly are behaviours deemed acceptable or ‘against the rules’? The ratio of invigilators to visitors at some galleries is about 3:1, the intimidation factor in full effect. At other cultural institutions, invigilators have looked at Lumen and me as if they want us to be the ones wearing jeans and a red hoodie in Jordan Wolfson’s Real Violence . One false move – in Lumen’s case, sitting on the floor, stimming, spinning around – and we get the baseball bat.

Ideal conditions for viewing art and reactions provoked by works are not one-size-fits-all scenarios and can be very different for neurotypical and autistic viewers. Considering art’s subjective nature, why do cultural institutions require particular viewing parameters or responses which are more concealed or confined to the countenance? I understand not wanting viewers on the floor sprawled out in snow angel position or mimicking whirling dervishes across the perimeter, but autistic individuals and/or we parents and carers are aware a museum is not a park, a dance studio, or a playground. We are also cognisant of health and safety issues and the justified fear of works being damaged. Autistic individuals’ response to artworks, their communication and regulation in the form of jumping, flapping, spinning, and numerous additional actions is just that: response, communication and regulation. There is no malice, and any actions are not intended to disrupt, frighten or anger gallery assistants, invigilators or fellow visitors.

As museums and art galleries in the UK can once again reopen their doors to the general public, I plead that they do with inclusion as a top priority. Autistic visitors sessions once a month – if that – are not inclusive. While we’ll take those if they’re all they can spare, we want to feel as welcome as neurotypical visitors do. During all opening hours.

We need cultural inclusion to be understood and implemented institution-wide, from trustees, board members, and management to retail and restaurant staff, bag checkers and ticket collectors, and gallery assistants and invigilators. Ideally, such understanding would come in the form of actually spending time with autistic individuals, whether at special schools, assisted living or care homes, through associations and charities, or other community programmes. This would allow for the understanding and acceptance of common autistic behaviours and what cultural institutions may deem abnormal reactions to art. And rather than unsettle the autistic individual or his/her parent or carer by making irrational demands, staff could allow non-harmful and non-disruptive behaviours or offer to help should it be required.

I have ardently strived for both of my sons to appreciate that art will not forsake them. That it can be their own personal confidante should humans betray them or judge them for their dissimilarities. I want Lumen to know this especially. He can have the tête-à-tête he wants, on his terms, without anyone inflicting their expectations. Except cultural institutions – of all places – are ruining this lesson I continue to try to teach. Humans keep judging him during gallery and museum visits, and Lumen – who quite possibly understands art more than most neurotypical people I’ve met – is prevented from having one of the few conversations that matters to him: the heart-to-heart with art.

Imagine if Lumen was having a meltdown in a cultural institution, and rather than be comfortable with fellow visitors glaring and/or scorning, an invigilator decided to inform fellow visitors that they are not being helpful and to allow him some space. Or better yet, now that these institutions are open again in the UK, Lumen can enter them with his bare feet and ear defenders on, run to his favourite works (he remembers where they are in museums we often visit), stand in front of a chosen piece of art while flapping his hands wildly and jumping, and the invigilator tells someone nearby who is staring at us, “Oh, he’s a huge art fan who’s telling us he loves this work.”

Diderot wrote that “Nothing is duller than a progression of common chords. One wants some contrast, which breaks up the clear white light and makes it iridescent.” Lumen is iridescence personified. So are the majority of autistic individuals I have met. It’s time cultural institutions wholeheartedly welcome them and their manner of engaging with and reacting to art.

Becoming a Job Coach for the Neurodivergent Community
WhatDo is a Finalist!

This website uses cookies to improve your experience while you navigate through the website. Out of these cookies, the cookies that are categorized as necessary are stored on your browser as they are essential for the working of basic functionalities of the website. We also use third-party cookies that help us analyze and understand how you use this website. These cookies will be stored in your browser only with your consent. You also have the option to opt-out of these cookies. But opting out of some of these cookies may have an effect on your browsing experience.
Necessary Always Enabled
Necessary cookies are absolutely essential for the website to function properly. This category only includes cookies that ensures basic functionalities and security features of the website. These cookies do not store any personal information.
Non-necessary
Any cookies that may not be particularly necessary for the website to function and is used specifically to collect user personal data via analytics, ads, other embedded contents are termed as non-necessary cookies. It is mandatory to procure user consent prior to running these cookies on your website.
SAVE & ACCEPT